Sadly, as a condition of society and technology in use in the world today, many people, especially adolescents incorporate technology and media use into their personal bedtime routine.

This has been driven by a need to remain constantly connected with friends but also as screens have become more compact, it’s made them a lot more portable and easier to have in bed and closer to the face.

In a 2019 engagement exercise conducted by the RCPCH (Royal College of Paediatrics & Child Health) involving 108 children and young people aged 11-24 years, 88% of their survey respondents said that they believed that media screen time had a negative affect on their sleep.

They also reported that 1½ hours was the average time respondents spent looking at screens before they fell asleep. 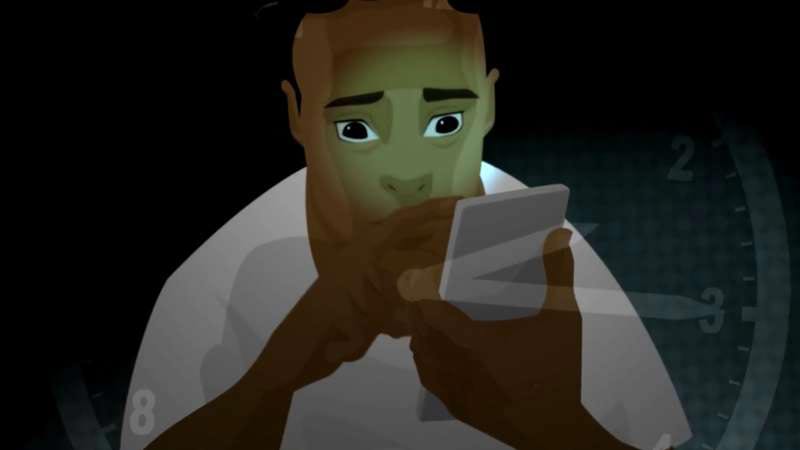 Another theme that is becoming apparent, especially with adolescents is screen multi-tasking or ‘screen stacking’ as it’s also now called, where adolescents will tend to watch content on multiple screens at the same time. This is an extension of adults watching TV whilst simultaneously working on their laptops.

In the same way, school students will perhaps now watch something from YouTube on their phones, whilst simultaneously on a laptop or games console, perhaps even with the TV on in the background. One screen will be enabling social contact with their friends.

There has in recent times been a change, however, from the initial belief that the amount of screen time an adolescent accumulates during a day will affect the amount of sleep they have. In 2018, the BBC News reported on a study undertaken by the Oxford Internet Institute, University of Oxford, which relied upon data obtained from a 2016 US study published in the Journal of Pediatrics, concluding that the overall time spent on a screen by a child during the daytime had little effect on the duration of sleep per night. That study concluded that every hour of screen time was linked to a sleep loss between 3 to 8 minutes of sleep. Prof Przbylski from the Oxford Internet Institute told the BBC that this particular study along with other studies into screen time, only analysed the affect of overall screen time and not which specific bedtime technology was used. The studies have also only assessed affect on sleep and not circadian rhythms.

It used to be that children would go to bed watching television but since laptops became more compact, a few would also take laptops to bed. Following on from the introduction to consumers in 2007 of the iPhone and quickly followed by many android phones, many of the previously used gadgets were all combined into this one unit. As a result of this and its small size and portability, the whole bedtime technology architecture changed and many adolescents and adults too, now take phones to bed with them.

The problem is that because the internet is accessible on mobile devices, it essentially means that the whole world of information is available at your fingertips. Human beings, being as inquisitive as we are, just can’t resist jumping into this never ending pit of information and absorbing it very late into the night. It also brings us, socially, closer together.