All You Need to Know About Sleep...

Sleep is very important for the optimal day-to-day functioning of all animals. Sleep is crucial for us to survive, especially during the developmental years of childhood and adolescence.

According to a survey by The Sleep Matter Club, part of the Dreams group, humans spend, on average, 26 years of their life asleep.

Without adequate sleep, cognitive functioning can not operate normally. The natural result of this will be an adverse impact on academic performance in schools by adolescents.

Sleep patterns are just as important, if not moreso, to the body’s circadian rhythm, than the actual duration of sleep. This daily pattern of sleep directly correlates to a person’s health, wellbeing and general moods.

It is well-documented throughout various studies, that sleeping is a necessary requirement for optimal cognitive and physical functioning.

It is believed that regular disturbances to an adolescent’s sleep cycle might increase the risk of physical and mental issues.

Sleep deprivation among adolescents has probably always occurred due to the hormonal influence within the body for that age demographic. It is, however, only within the last few decades, that scientists and clinicians have turned their attention towards it.

Although the modern clinical studies into sleep and circadian rhythms have only really occurred since the 1950’s, it’s clearly been an area of interest for many centuries. Whether a believer in divine creation of the Earth and humankind or whether you’re an atheist or of agnostic belief, the fact is, many religious texts are historic documents and provide clear evidence that sleep was of interest to us centuries ago.

There are many references to all aspects of sleep within the Bible and the Jewish Talmud.
The first mention of sleep in The Bible can be found in the Book of Genesis, which states, “And the LORD God caused a deep sleep to fall upon Adam, and he slept: and he took one of his ribs, and closed up the flesh instead thereof” (Genesis 2:21).
There are also several references in The Bible to various dream states. Genesis 28:11-15 refers to the dreams experienced by Jacob. Genesis 41:25–32 refers to the dreams experienced by Pharaoh.
The Bible goes further stating that sleep can be seen as a gift from God. In Psalms 127:2, it states, “…for so he giveth his beloved sleep.”

Greek literature refers us to the account of Dionysius, the tyrant, who, through being so fat and suffering with sleep apnoea, he had to be awoken daily by an appointed person pricking his body with very long and sharp needles.

The 19th century novelist Charles Dickens has provided what may been considered as the first literary account of sleep disorders in his very first novel, The Pickwick Papers (The Posthumous Papers of the Pickwick Club). Dickens describes symptoms related to sleep apnoea in his character ‘Joe the fat boy.’ 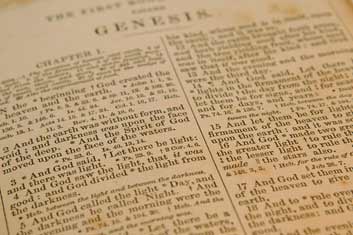 When a person goes through adolescence, both their attitude to sleep & general sleep architecture undergoes several changes. They sleep fewer hours, tend to go to sleep later in the night (a term referred to as ‘eveningness’) and in general, their sleep doesn’t seem to be as deep in nature. This is all due to several factors that influence adolescent behaviour and sleep cycles. These influences can be broken down into external and internal influences which play their part in affecting the daily circadian rhythm.

External influences are things like school times and other fixed diarised events which necessitate waking up at specific times. These tend to force adolescents to cut short their sleep, certainly earlier than they’d prefer. At the opposite end of the sleep period are things that influence adolescents to remain awake each night until much later. These are things like using technology or scheduling of television programmes, even some medical conditions necessitating frequent visits to the bathroom during the early stages of the night.

Internal influences are things like the hormonal or protein imbalances in the body which accumulate over a daily cycle.

During a school week, when adolescents are exposed to both these internal and external influences, they will stay awake until later and are forced to awaken earlier during the day. These levels of insufficient sleep create a situation whereby the adolescent will accumulate ‘sleep debt’ over the period of the week. This sleep debt has to be balanced out and so accordingly, during most week-ends or school holiday periods, adolescents will tend to remain in bed and/or sleep for extended periods of time, compared with normal weekday sleep times.

The current recommended sleep guidelines for adolescents in the UK from the NHS (as recommended by the Millpond Children's Sleep Clinic) are:


In the USA, the current recommended sleep guidelines for adolescents, issued by The National Sleep Foundation (NSF) are:

In 2014, the National Sleep Foundation in the Unites States of America, conducted a subjective sleep survey, referred to as, ’Sleep in the Modern Family’ in order to determine the sleep habits of American families with at least one school-aged child. They surveyed approximately 1,100 parents with children aged in the 6-17 years old demographic. The survey looked at the bedtime routines and the sleep patterns of the parents themselves and their children. 90% of the parents responded to say that they felt that sleep was important for their family’s health. Interestingly, 90% of the parents also responded to say that their children slept less than the recommended guidelines. The parents identified that one of the main reasons their children remained awake later was due to their use of bedtime technology (electronic devices) during the night.